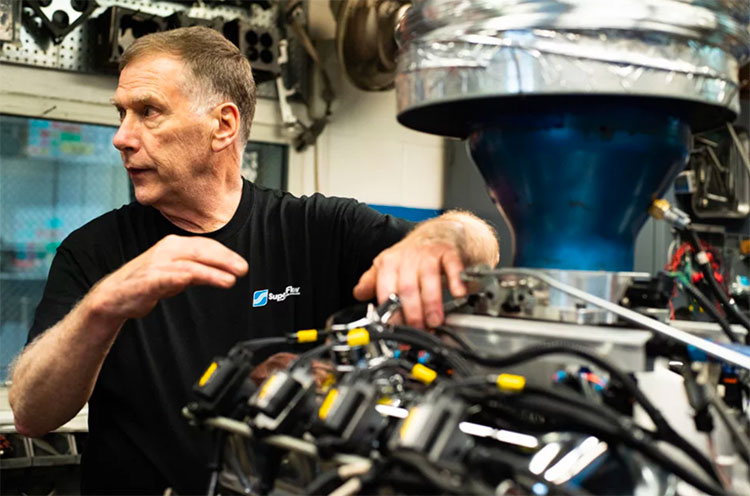 Do you remember what you were doing on April, 11th 1987? I can’t even remember what state I was living in. But for Ron Quarnstrom April 11th, 1987 was a very significant day. He didn’t know it at the time, but it was the first day of what would become a very successful dyno and tuning business.

Ron Quarnstrom of Spring Lake Park, MN is half-owner of R&R Performance and recently tested his 10,000th internal-combustion engine on the R&R Performance in-house SuperFlow dynamometer in April of 2019. SuperFlow was there to record this event for posterity.

This current dyno is Ron’s third Superflow Dynomometer. Ron was quick to point out that the previous two 901’s are still running. He only sold the first SF-901 and the second upgraded SF-901 to purchase the SF-902 model.

Ron Quarnstrom is a hard worker who has dedicated the last 32 years to building engines for all sorts of applications. As a measure of quality, he has verified every one of those engines on a SuperFlow dyno. He’s on his third dynomometer, only selling the previous two — which are still running with new owners — to upgrade to the modern SuperFlow 902 model.

Ron’s current dyno is a Superflow SF-902. He said that it’s special features include an SF-871 Angle Vane Absorber with Dual Capacity Valve. Other features are an Intake Mass Air flow sensor which records the amount and temperature of the air a running engine is consuming. Internal Combustion engines consume air, which is the working fluid of an IC engine. Engines breathe on a volume basis.

So this information, how much air the engine is using and the temperature of that air at various RPMs, is invaluable for future engine developments and improvements. Additional features includes an oil flow meter, a knock sensor, and electronic blow-by meter — which lets you know the amount of combustion pressure leaking past the piston rings. There is also an automated break-in feature on the 902, which will cycle the engine’s RPM and load for a pre-determined amount of time, to ensure a consistently flawless engine break-in.

Superflow has been in the business of making dynamometers since 1972, while Power Test Dynamometers has been building dynos and other test equipment for the heavy industry field, trucking oil and gas since 1976. Power Test acquired the two major players in the automotive dynamometer business purchasing Stuska in 2002 and Superflow in 2017.

Ron is very proud of his dynomometers and what he has accomplished with them. And rightfully so, if we do say so ourselves. 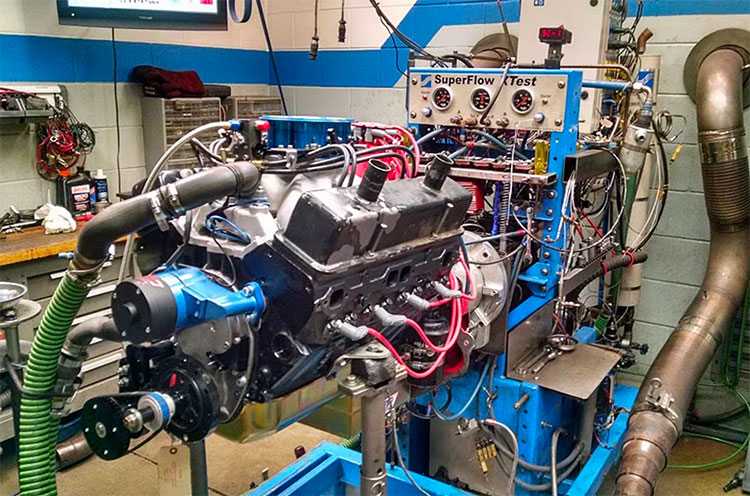 The celebration was to commemorate Quarnstrom’s 10,000th engine dynoed. By the time this article was written he had added another 50 to that number!